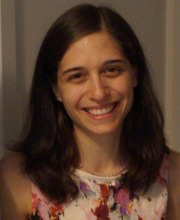 I am interested in the ways grammar develops and changes over time to create the enormous degree of linguistic diversity we encounter among languages of the world. My specialization to investigate this are the Trans-Himalayan (or Sino-Tibetan) languages of Northeast India. In area about half the size of the country of Spain, Northeast India is home to over 200 languages from four different language families although most of them belong to various branches of the Trans-Himalayan (T-H) language family. I've written a grammar of Karbi (T-H) and I'm currently preparing a grammar of Monsang (South-Central or "Kuki-Chin" branch of T-H). Working on these languages, I've become interested in questions pertaining to the development of diverse verbal person indexation systems, as well as questions regarding morphosyntactic complexity and its ethnolinguistic correlates. As part of my interest in the (pre)history of Northeast India and the whole Eastern Himalaya region, I've been working on the phylogenetic status of the Northwestern languages among the South-Central or "Kuki-Chin" branch of T-H, as well as on language contact between T-H, Austroasiatic, and Indo-Aryan languages.