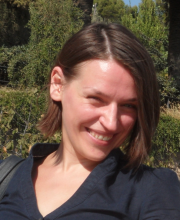 Functionalist linguistics track
Language Logic and Cognition Center, Australia Compound, room 209
02-5883981
witzlack@googlemail.com
My research revolves around capturing, describing, and explaining linguistic diversity. I am interested in the linguistic variation found in the languages of the world and  approaches to explaining this variation. The phenomena I study primarily come from the domain of morpho-syntax and include grammatical relations, information structure, and clause linkage. In addition, I have been collaborating in projects on phonetics, conversation analysis, and psycholinguistics. In my research, I combine large-scale typological studies involving several hundreds languages with studies of the phenomena of interest in single language families (micro-typology), as well as with in-depth studies on individual languages. I am also actively involved in language documentation and description and conducted multiple fieldtrips collecting primary data on the Khoisan languages Khoekhoe (Khoe-Kwadi) and Nǁng (or Nǀuu, ǃUi-Taa) spoken in South Africa. At the moment, I am working on the previously undescribed Bantu language Ruuli spoken in Uganda.