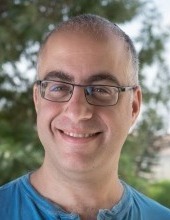 Elitzur Bar-Asher Siegal (PhD 2009, Harvard University), Joined the faculty of the department of Hebrew Language at Hebrew University in 2010 after being the lecturer in Semitics at Yale University.

His areas of research: The history of the Semitic Languages (Hebrew, Aramaic, and Akkadian), Historical linguistics, formal semantics and typology. He also studies the history of the linguistic discipline using methodologies from the field of philosophy of sciences.

In recent years he mostly works on reciprocal constructions, causative constructions and constructions with non-argument datives, both from the semantic and the historical point of views. He also publishes in fields related to rabbinic literature and Jewish Studies more broadly.

Elitzur was a visiting professor at Harvard University and Yale University. 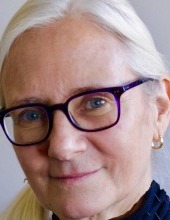 Diane Brentari joined the department at Hebrew University in 2019 as Distinguished Visiting Professor, and is also the Mary K. Werkman Professor of Linguistics and Director of the Center for Gesture Sign and Language at the University of Chicago.

Read More
Her research addresses the extent to which the modality of a language—auditory, visual, or tactile—has an effect on language structure, on variation among languages, and on the flexibility of the human language capacity. This work focuses primarily on sign language grammars, particularly problems at the intersection of morphology, phonology, and prosody. She has written two books, edited five volumes, and published over 100 articles or book chapters, on these and other themes.

Her ongoing projects include work supported by two awards from the National Science Foundation of the United States, and a Guggenheim fellowship (2020-2021). Two-verb predicates in sign languages investigates what motivates the use of multiple verb predicates in the sign languages of the world, including the emerging sign language in Nicaragua. What you see is what you feel analyzes the mechanisms of language emergence in protactile language, a tactile sign language emerging within some DeafBlind communities. Observing the emergence of language is a comparative study of cases of emerging signed and protactile languages.

+ 972 2 588 3837
mirjammieke.daniels@mail.huji.ac.il
Humanities, Office 6615
academia.edu
View Bio
Read More
Mieke (Mirjam) Daniels-Waterman teaches contemporary standard Dutch and comparative typology of the West Germanic languages: Dutch, Frisian and Afrikaans.  She has also taught courses in Middle Welsh. She graduated from The Hebrew University in Structural Linguistics (magna cum laude). Her dissertation deals with the narrative function of a recurrent periphrastic verb pattern in Middle Welsh. Her research focuses on the analysis of morphological forms (simple or complex) and syntactic constructions from the perspective of text linguistics, including narrative grammar and information structure. She has written on topics concerning the Dutch language as well as on contact-induced phenomena, such as the pronunciation of the [ע] ‘ayin’ amongst Jews in the Netherlands. She discovered Yiddish translations of the famous Dutch author Multatuli (E. Douwes Dekker), previously unknown to researchers of both Yiddish and Dutch, and has published her findings in the journal ‘Over Multatuli’ (About Multatuli). In 2010 she organized the biennial international conference of researchers of the Dutch language at the Hebrew University and was chief editor of the proceedings published as volume 10 of the series NTVL, (2013).
Read Less 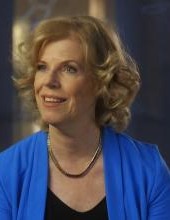 Professor of Egyptology in the institute of Archaeology, Honorary Professor, University of Göttingen.

My research interests are:

Definition of the role of linguistic registers in New Kingdom texts.

Socio-Linguistic issues in the grammar of Ramesside Egyptian.

The classifier system of the Egyptian hieroglyphic scripts and its parallelism to other classification systems in various languages of the world.

The genesis of the alphabet through the Egyptian hieroglyphs.

Semiotics of the Egyptian pictorial scripts.

Cognitive aspects of reading in pictorial script with comparison to modern pictorial language in media.

Hieratic and hieroglyphic inscriptions in Canaan.

Comparison between the Egyptian scripts and other complex scripts.

The Department of Hebrew Language
02-5880255
david.bunis@mail.huji.ac.il
Rabin, Office 2109
academia.edu
View Bio
Read More
David M. Bunis (b. New York; PhD., Linguistics, Columbia University, 1981; professor, Hebrew University of Jerusalem, 2004) edited Languages and Literatures of Sephardic and Oriental Jews (Jerusalem, 2009), and authored A Lexicon of the Hebrew and Aramaic Elements in Modern Judezmo (Magnes, 1993), Judezmo: An Introduction to the Language of the Ottoman Sephardim (Magnes, 1999, Hebrew), Voices from Jewish Salonika (Misgav Yerushalayim & Ets Ahaim Society of Thessaloniki, 1999), and numerous articles on the Judezmo (or Ladino) language and its literature and on Jewish languages. He co-edits Massorot, a Hebrew-language journal devoted to the study of Jewish language traditions, and is an advisor to the Israel National Authority for Ladino Culture. In 2013 he was awarded the Emet Prize for his contributions to the study of Judezmo and Jewish languages, and in 2015 was appointed an Académico Correspondiente Extranjero, Real Academia Española (Madrid).
Read Less 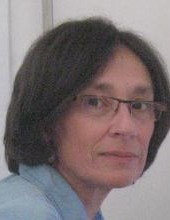 Iberian and Latin-American Studies
+972 2 588 3873
Aldina.Quintana@huji.ac.il
Humanities, Office 6505
Personal Website
academia.edu
View Bio
Read More
As a specialist in Spanish philology, Ibero-romance languages and Judeo-Spanish (Ladino), her research and teaching focus on historical linguistics, sociolinguistics and language variation of Spanish and Judeo-Spanish. M.A. from the Freie Universität Berlin and PhD from the Hebrew University, she was a research fellow at the Spanish National Research Council (CSIC) before she has joined the Department of Romance and Latin American Studies in 2009. Her current projects include the “Annotate diachronic corpus of Judeo-Spanish (Ladino)" and “Civic responses after terror attacks in Europe: linguistic issues”. She is corresponding academician of the Royal Spanish Academy (RAE).
Read Less
Lecturer of the courses "Phonology A" and "Phonology B".