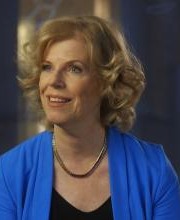 Professor of Egyptology in the institute of Archaeology, Honorary Professor, University of Göttingen.

My research interests are:

Definition of the role of linguistic registers in New Kingdom texts.

Socio-Linguistic issues in the grammar of Ramesside Egyptian.

The classifier system of the Egyptian hieroglyphic scripts and its parallelism to other classification systems in various languages of the world.

The genesis of the alphabet through the Egyptian hieroglyphs.

Semiotics of the Egyptian pictorial scripts.

Cognitive aspects of reading in pictorial script with comparison to modern pictorial language in media.

Hieratic and hieroglyphic inscriptions in Canaan.

Comparison between the Egyptian scripts and other complex scripts.