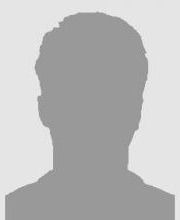 Hagay Schurr is a graduate student in linguistics, awarded a full scholarship in the honors program of the Jack, Joseph and Morton Mandel School for Advanced Studies in the Humanities (2014-2016). His research interests revolve around linguistic diversity and language variation and change. His current projects concern morpho-syntactic phenomena in Romance languages, set on the background of linguistic typology in general. His MA dissertation under the supervision of Dr. Eitan Grossman is titled Differential Argument Coding in Romance: Towards a revised typology. This project tackles questions of variation and change in nominal and pronominal argument structure from two perspectives: the family-level syntactic typology, including minority and substandard languages, and a usage-based study in French and Spanish, based on diachronic corpora. More generally, he is also interested in grammaticalization and contact-induced change cross-linguistically.