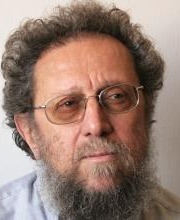 Professor in the Dept of Linguistics and the Dept of German, Russian and East European Studies. Tamara and Saveli Grinberg Chair in Russian Studies.

- Yiddish language and literature in all its aspects, in particular the syntax, semantics, pragmatics and phraseology of the written language of the 19th-20th centuries, but also earlier stages. The historical development of the language, its dialects, and its recent impoverishment among the ultra-orthodox speakers in Israel and the US. The impact of the co-territorial languages (Polish, Ukrainian and Belarusian) on the grammar and lexicon of Yiddish, and nowadays the impact of Modern Hebrew and English on the new spoken and written varieties of Yiddish, as well as the impact of Yiddish and Slavic on the syntax of Modern Hebrew.